The major advantage of this system is that it avoids mechanical linkages such as pulleys, gears, ropes, belts. The transmission of power through this system is most convenient and highly efficient.

A hydraulic system has the following basic components

In addition to these components, there are a few supporting components for the proper functioning of the system.

Each of these components performs its specific function to run the system efficiently. So let us see the description of the basic components of hydraulic systems.

A Prime mover is a device that produces mechanical power. It could be any power-producing device like an IC Engine, a turbine, or an electric motor. According to the application, the typical type of prime mover is selected.

High-pressure fluid supplied by the pump is required to be supplied for the various components of the system. Hence to control the flow of pressurized fluid control valves are used. 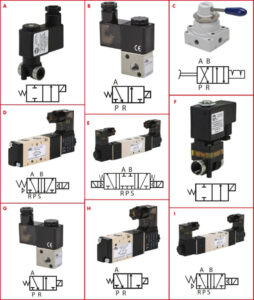 Actuators are called the muscles of the system. They provide motion to the desired parts of the system.
Generally, actuators convert pressurized fluid power into mechanical energy.
Actuators may be of the linear type or rotary type.

The piping system is like the blood vessel of the hydraulic system. It carries the fluid which is to be supplied to the various parts of the system.
Similar to the fluid supply to various components, return fluid is also carried by the piping system to the reservoir.
Due to high pressures, extreme care should be taken while designing the pipes. Oil leakage is the major problem in hydraulic systems and mostly it happens in the pipes. Hence, care should be taken while selecting the hydraulic pipes.

In this topic we are not discussing the fluids, so we are not providing a brief description of types of hydraulic fluid. 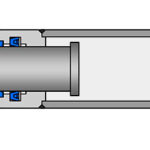 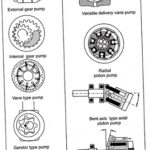 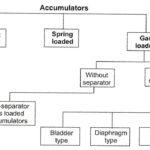 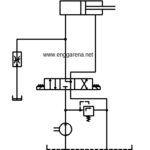