Each year, manufacturers across the globe make millions of springs for a wide variety of applications. While there are several different ways to make springs, there are two main types of CNC spring-making machine technology that can be used for spring production, each with its advantages.

What are Single Point Spring Coils?

Single point coiling is considered the more adaptable and versatile coiling technology because a single coiling point machine can produce several different types of springs, including compression, extension, magazine, torsion springs, or wire forms. According to this metal forming machinery expert, an OEM who provides machinery that utilizes both types of technology, “the single point method provides more tension control during the spring making process. When developing torsion springs, the “coiling point” can be lowered or raised throughout the coiling process, which allows [the operator to create] straight sections of the spring.”

What Are Dual Point Spring Coils?

Single Point vs Dual Point: Which is Better?

Since there have been two methods (the single point and dual point) for creating a spring, there has also been much controversy amongst the spring-making community regarding which technology makes a better quality spring.

In 2017, Spring Making Expert and technical advisor to the Spring Manufacturer’s Association, Dan Sebastian, wrote, “Since the introduction of the first automatic spring coiler, there has been an unending debate as to whether a single point or dual point coiler is better for making springs.” He went on to explain that while both single point and dual point spring coilers are capable of creating good quality springs, as long as the machine has been set up properly by a trained expert. “In a properly set up machine’ the physics and metallurgical energy applied to form the spring, with all of the inherent bendings and twisting, the residual stress present after coiling is for all practical purposes identical.”

So, while either single or dual point coiling technology can create a high-quality spring, it is best to consider the design of the spring and the skill level of the setup technician or machine operator before deciding on which is a better fit for the requirement. 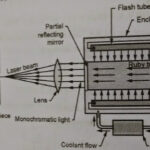 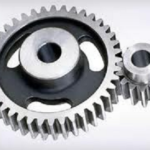 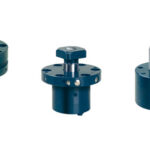 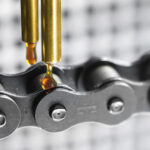