Bearing is a mechanical element that permits relative motion between two parts such as shaft and the housing, with minimum friction.

The idea of using a rolling element to reduce friction dates back to ancient Egypt. The Egyptians used logs to roll large stone pieces closer to the construction sites of pyramids. 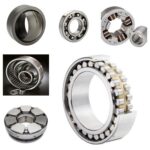 The first known discovery of a ball bearing type device was found in the roman empire about 40 AD. This was a simple rotating table with the ball underneath, presumably to allow the people eating at the table to simply rotate the table to get at other foods.

Leonardo da Vinci was the first to develop an early model of ball bearing in the 16th century. In 1791, British inventor Philip Vaughn obtained the first patent of today’s ball bearing.

Functions of the Bearing

The functions of bearings are

There are 7 different types of bearings

Ball bearings are the most common types of bearings. A ball bearing is a bearing in which the parts are separated by a ring of small freely rotating metal balls which reduce friction.

A ball bearing consists of metal balls located between races. These balls are kept in position within the assembly with the help of a cage. 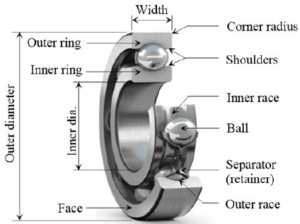 Roller bearings also known as rolling element bearings are similar to ball bearings except rollers are used instead of balls. These are designed to carry the maximum load with minimum friction.

These are costlier than ball bearings and require high maintenance. 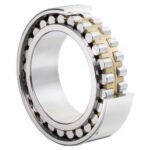 A linear bearing is a bearing that provides free motion in one direction. It contains balls or rollers between two races which are used to give linear motion between two components. Jewel bearings are used in applications like watches where there is a small size shaft. These shafts are very small in size and have precision work. 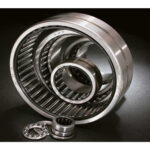 Plain bearings are the simplest types of bearings. It consists only of a bearing surface and does not contain any rolling element. 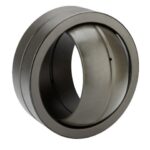 Fluid bearings also known as hydrodynamic bearings are the bearings in which the load is supported by a thin layer of pressurized fluid between the bearing surfaces. 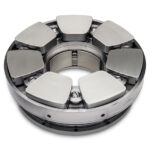 A magnetic bearing is a bearing that supports a load using magnetic levitation.

There are two types of magnetic bearings

Active bearing uses an electromagnet, which activates as the shaft moves out of its desired location. Using electromagnetic levitation, bearing action is achieved.

The passive bearing makes use of a permanent magnet. These are difficult to design.

Bearing classification based on the type of load

A radial bearing supports the load, which is perpendicular to the axis of the shaft. According to Springer, Radial bearings refer to bearings that support primarily radial loads. Typical examples of radial bearings are deep groove ball bearings, cylindrical roller bearings, and needle bearings.

A thrust bearing also known as axial bearings supports the load which is parallel to the axis of the shaft.

Bearing classification based on the type of lubrication

The type of lubrication means the extent to which the contacting surfaces are separated in a shaft bearing combination. This classification contains

The most important criterion to classify the bearings is the type of friction between the shaft and the bearing surface.

Bearing classification based on the type of friction

Depending upon the type of friction, bearings are classified into two main groups

Sliding contact bearings are also called plain bearings, journal bearings, or sleeve bearings. In this case, the surface of the shaft slides over the surface of the bush resulting in friction and wear. In order to reduce the friction, these two surfaces are separated by a film of lubricating oil. The bush is made of special bearing material like white metal or bronze.

Rolling contact bearings are also called anti-friction bearings or simply ball bearings. Rolling elements such as balls or rollers are introduced between the surfaces that are in relative motion. In this type of bearing, sliding friction is replaced by rolling friction.
Depending upon the type of rolling element, bearings are classified as: 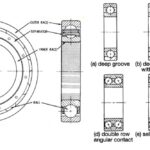 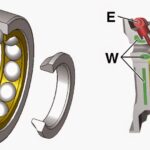 Bearing Materials And Their Desirable Properties 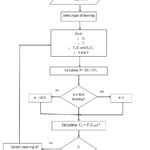 Selection of Bearing from Manufacturer’s Catalog

16 thoughts on “Types of Bearings, Their Classification and Applications”